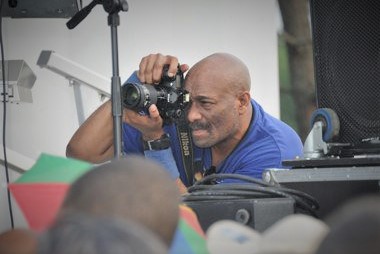 It’s been my pleasure to photograph the Classic R&B Weekend & it’s always a great weekend. But every time I think that it’s as good as it gets, Lincoln & Maurice raise the bar even higher. The entertainment has always been great, but this year, Lincoln & Maurice took it to a whole different level.

I have to say that The Classic R&B Weekend & Hershey’s Lodge is a PERFECT marriage. From the time that you enter the grounds, there’s an air of class, friendliness & in short, you feel like you’re at home. Wonderful staff, very attentive to your needs & I can think of no other venue for this wonderful weekend, as Hershey Lodge immediately sets the right tone. Let me set the stage..l.

You walk through the door at Hersheys Lodge & you see a beautiful lobby filled with vendors & the unmistakable scent of chocolate soothes you & has your mouth watering. Even as you head toward the Registration Desk, you’re greeted with a lounge area, a candy store & restaurant & an absolutely gorgeous 4-sided fireplace, just screaming for you to pull out your cameras & start striking poses. And as you’re on your way there, Lincoln & Maurice has live entertainment serenading you all the way & that’s just in THE LOBBY!

Then, there’s the FIRST SHOWCASE in the lobby, followed by a funny comedy show, then a Jazz Band for those who just wanted to sit back & cool out. This is followed by a MIDNIGHT concert, where we were entertained by Nu Era, Rainere Martin (who does a great Donna Summer tribute), Stan Hampton entertains, walking through the crowd, while channeling his inner Teddy Pendergrass & closing the show, was what has to be the hottest band in the land, The Special Formula Band, who in a word, are AWESOME! And after all of this, there’s the party with a great buffet to help replenish the energy that you’ve burned off & I have to tell you that that party was JUMPIN’!!! DJ Howie D, DJ Justice, DJ Fahdee & Maurice had that party jumpin’ & I was enjoying watching everyone letting their hair down & having some good old fashioned fun just like we used to do it.

By the way, did I mention that I’ve only described the FIRST 6 HOURS of DAY ONE?

Saturday morning begins (for those of you who actually managed to get some sleep) with a Breakfast Buffet, which has a selection of just about anything that you’d want, this side of Captain Crunch. For me, it’s nice to see old catching up & new friends being made, as well as our iconic celebrities setting & eating, mingling with their fans in a relaxed atmosphere.

Lincoln & Maurice think of everything & after Breakfast, you have a lot of choices. You can hit the shuttle & go to a casino, go shopping, or if you’re really smart, you’ll check the in-house entertainment that they provide.

The Empowerment Classes have been one of the favorites & the discussions have helped countless people over the years. Then, there are the Line & Zumba Classes for those who want to learn line dances & to exercise in a healthy, but fun way.

After this, you have a few hours to mix, mingle & to check out the wares that the vendors are selling & there was a great deal of variety on display. After which, it’s time to change clothes & go…to dinner & the Awards Ceremony.

Now that I think about it, I was so busy that I never thought to eat dinner, but it was sure smelling good! This year, Ray, Goodman & Brown received an award for setting a standard of excellence throughout their meritorious service to Classic Soul music fans & Maurice Watts received an award for his 35 years serving up Classic Soul music on the radio. After which, it was

I must give a nod to the younger set who opened the concert, as Nu Era conjures up memories of fine-dressing, high-steppin’, singing groups of the past & The Special Formula Band are like the 2017 version of New Birth, as they’re 4, 4, 4 groups in one & will remind you of a cross between The Time & The Commodores in their prime, They bring the energy & the only band that I can think of who move around the stage & the building like they do are The Whispers Orchestra.

In a contest of “Can You Top This”, performing were Classic Soul legends Blue Magic, Lenny Williams, Ray, Goodman & Brown, Tavares, Russell Thompkins Jr. & The New Stylistics & closing the show were The Whispers & the enthusiasm from thousands of music lovers was nothing less than thunderous.

What a lineup & what a show & what got me was that even though Hershey’s had been sold out for months, a group of friends rode buses up from Brooklyn & L.I. in order to catch this lineup at a price that you won’t get ANYWHERE!

People left that concert so hyped & with The Whispers closing the show on an energetic note, they were more than ready for the After Party, where a nice buffet spread was laid out & THIS brother FINALLY ate a little something. The After Party was a smoker, Soul Train lines, people doing the Hustle, Electric Slide, or just doing their own dance. The artists were out & about, dancing & mingling & most of the artists were still in the lobby meeting, greeting & taking pictures & the banners in the lobby were also one of the main places to be, as people did their own Red Carpet thing with cell phone cameras & the like.

Sunday was the Gospel Brunch, with Stan “The Man” Hampton providing the entertainment & before you knew it, it was time for us to bid adieu to a fun-filled weekend, which has become an annual tradition for most in attendance.

To me, the entertainment is wonderful & definitely the highlight, but for me, it’s seeing the smiles on faces as they greet one another, the enthusiasm on display all weekend that makes it what it is. Like-minded people gathering together, coming together with a drama-free attitude, determined to have a wonderful time makes this what it is. And more than that, if at no other time, if only for this one weekend, EVERYBODY is a star, as there’s no WE without all of YOU who continue to come out year after year, including the first-timers who have chosen to make this a part of YOUR annual “CAN’T MISS” traditions.

Thank all of you for helping to create memories that we’ll talk about & to remember for years to come.